Few hobbies offer such a wealth of relevant books as does the beer can collecting hobby. This is because of the incredible enthusiasm among collectors. Most of the books listed below can be found for sale by clicking on the "Store & Searchable Archives" tab above (then go to the "Books & Supplies heading on the left). Some of these books address values and rarity. Since there are finds of beer cans all the time and since supply and demand changes as time passes, the information often is not up-to-date and we highly recommend obtaining the opinion of an expert regarding values and rarity. We can help with this...feel free to give us a call or send an email. 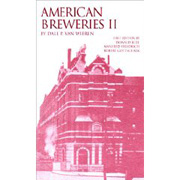 American Breweries II: by Dale Van Wieren, 1995, this book is a listing of all known American Breweries, their formal titles, addresses and dates of operation. Although it is not a book about beer cans, it is very useful in finding brewery information and in dating beer cans and breweriana. Available new. 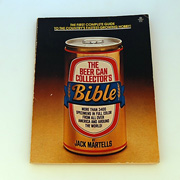 Beer Cans Unlimited, 1st and 2d Editions: by Art & Pete Ressel, 1976 and 1980, photos and price guide, once the standard reference for beercans but has been replaced by the USBC Volumes I and II. Wonderful collector's item but values long out-dated. No longer in circulation, only available used. 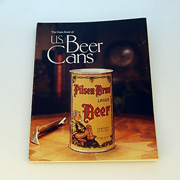 Class Book of U.S. Beer Cans: by Jeffrey Cameron, 1982, includes some beautiful color but more black and white photos of cans that didn't make it into the BCU books. Has values but long out-dated. Very nice collector's item. Out of circulation, only available used. 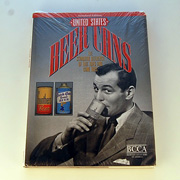 United States Beer Cans, Vol I by the Brewery Collectibles Club of America, 2001, most comprehensive listing/photographs of flat top and cone top beer cans available in one book. Most widely used and accepted beer can price guide and reference today. Beautiful, full color photos of each can. Also has much valuable information related to identifying, dating, and collecting beer cans. Available new. 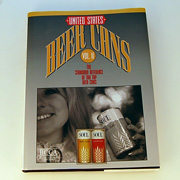 United States Beer Cans, Vol II": by the Brewery Collectibles Club of America, 2007, the only comprehensive resource for self-opening cans, the most widely used and accepted reference book on self-opening cans today, has values, thousands of full color photos and wonderful discussion of history and types of self-opening cans. Available new. 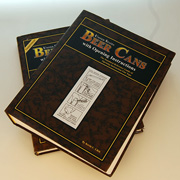 United States Beer Cans with Opening Instructions: by Kevin Lilek, 1998, detailed discussion of each beer can with opening instructions known to the author (and most everyone), includes historically interesting comments, and assessment of rarity. A full page and 3 full color photos are dedicated to each beer can. Available new. 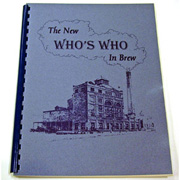 Who's Who in Brew: 1978, this is a listing of all known brands of American beer and their approximate dates of production from 1933 through 1978. The author acknowledges that the dates are as accurate as possible but can be off by years in some cases. Very useful in dating cans, bottles, and breweriana. Available new.