A vintage Rheingold Beer tray from Liebmann Breweries, Inc. in New York, New York, advertising Rheingold Good Beer and Scotch Thistle Ale on the inside and outside edges, with w drawing of soldiers marching, signed by O. Soglow, and one soldier out of step saying, 'Excuse me, Colonel, I'm stopping off for a Rheingold'! 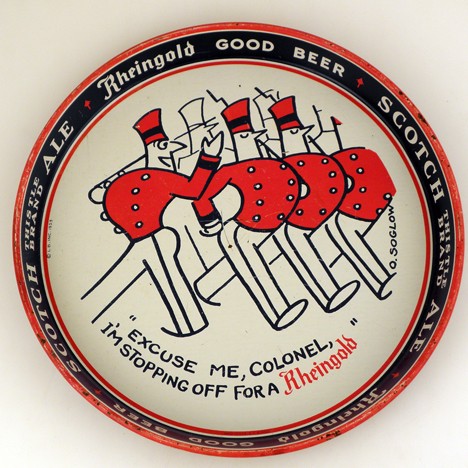