This Rheingold Beer instructional definitely is among the most historically significant and interesting cans ever to hit Breweriana.com. This can from the Liebmann Breweries in New York, NY dates to about 1937 and has a prototype pull tab. This prototype pull tab likely was constructed by an American Can Co. employee. It was recently purchased out of New Jersey from a relative of an ex-American Can Co. employee who got the can from that relative. Patents were pulled on the first prototype self-opening cans in the early 1930s. This prototype is not something that was thrown together in a garage...great care and planning was involved. Please note the well measured and proportional scoring that would have formed the removable triangle and note the quality in the way the pull ring was affixed. All evidence points to this can being an American Can Co. sponsored prototype. It was never filled, is all original, and the bottom lid remains in tact and is in wonderful condition. This can likely is the best known or tied for best known example of Lilek 732. 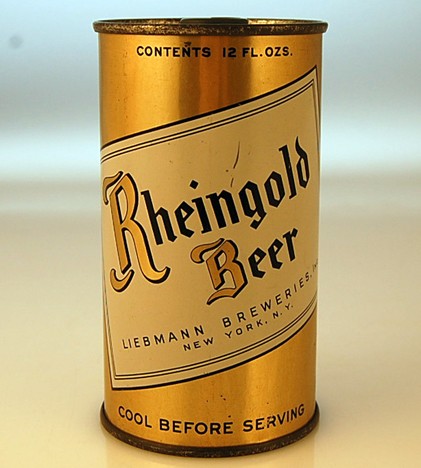